Things are buzzing at WAZOO!

Oh my, it has been a busy couple of weeks here at the old WAZOO homefront. We made a trip to Ikea for some cabinets and Mr. Wazoo has been busy with the 'some assembly required' part of the transaction. He also finished a couple of customer quilts, and still had time to mow the lawn! Where does he find all those extra hours? I'd love to discover his secret...
I have been doing custom jobs and they take a few days each, so the progress is slow, but rewarding. I have one on the machine now that has taken 4 days so far and now I am in the home stretch with just 3 borders to go!! Woo hoo!
Molly is doing better with missing Skipper, but still barks and cries when we go away and starts up again when we get home. She acts so hyper and excited to see us, you'd think we left her for days instead of hours. She has never been alone, so I'm sure it will take her some time to get used to it.
Well, the machine is calling me and I am determined to finish the work in progress today, so I had better scoot. I will post pictures of the completed quilt later.
Oh yes, I have 2 entries in the Mancuso show in West Palm Beach, if you are going. Keep an eye out for my name there!
Happy quilting! 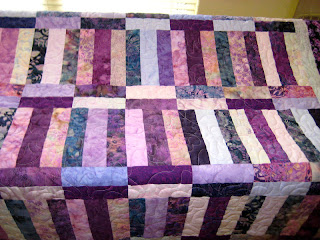 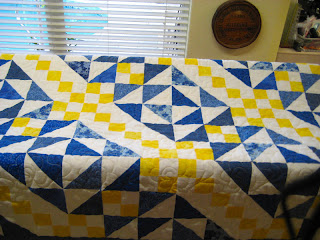 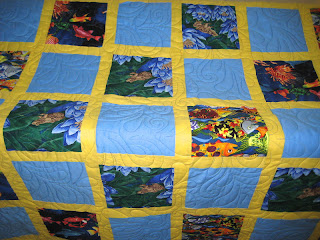 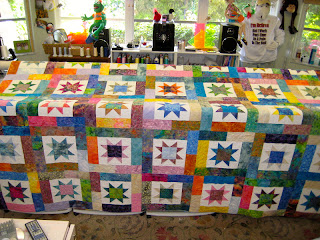 One of my custom jobs 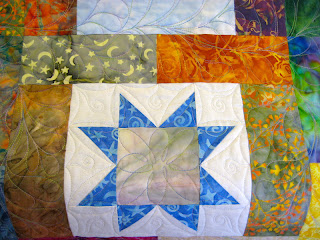 I love the fabric selections! 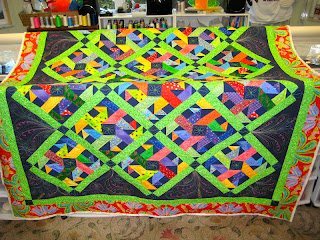 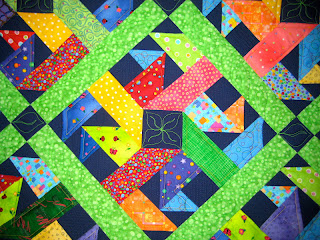 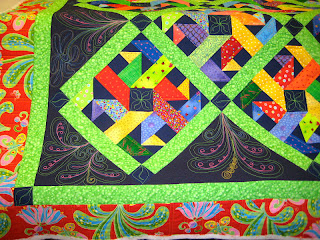 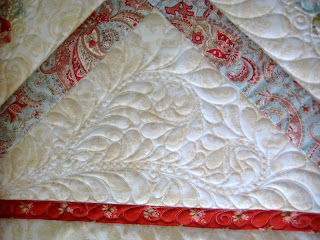 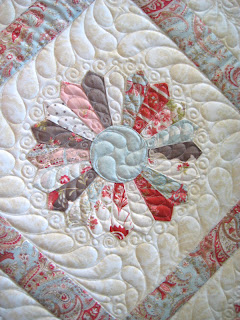 One of the blocks 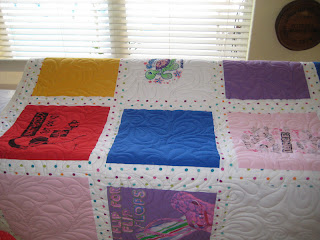 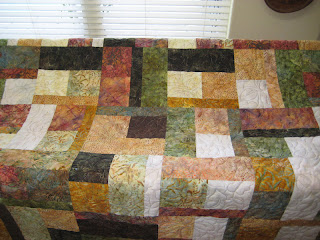