I went to my block of the month class this morning, but only three of us came. The schools were closed in the county and some people had issues with their driveways and roads, too. With time to kill, I went to the mart of Wal and did a bit of Christmas prep. I found the truck I was looking for as well as another group of smaller vehicles to go with it. I also got some of the needed supplies for cookies. All in all, a good shopping trip.
Back at home, I spent the rest of the day in the studio finishing quilts. The binding is on the comfort quilt, the binding for Carolyn's quilt is ready to be put on, and Dechen's Eye Spy is quilted and trimmed. When I get home tomorrow, I should be able to get those two things done.

Tomorrow is the guild Christmas party. I sure hope the county has school back in session so we can all get together and have a grand time!

Posted by WAZOO! Quilting at 11:16 PM No comments:

Wow! What a weekend!


We woke up Friday morning to a winter wonderland. It was all so beautiful and quiet. 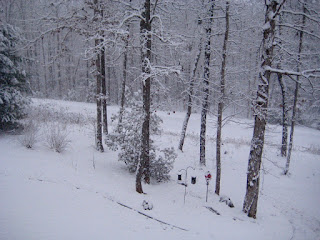 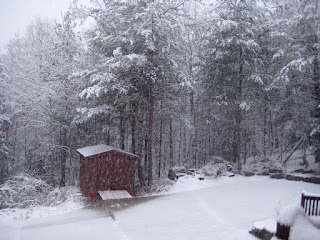 At 9:30 or so, the power began to hiccup on and off, making quilting on the longarm impossible. I decided to sew on Carolyn's quilt instead.


A few minutes of this hiccuping, then pfft. Power off. I figured it would be a short outage, so I sat by the window and read a couple of quilting magazines while I waited. Nothing happened. Yup. Power off.

Mr Wazoo and I met up in the house and made a plan. He brought in snow in a 5 gallon bucket and we set it in front of the fire to melt. Good for flushing toilets. I found the French press coffee pot and made us some coffee. We lit the fire and soon, the room was toasty and we were fine. Mr W grumbled about the lack of TV, but kept himself busy shoveling a space for Molly to do her business on, and making a path to the shed. I settled in to my hand sewing chair and began replacing blocks on a quilt I am repairing. When It got too dark to see, we turned on the lanterns. Mr W went to bed, grumbling. It was still snowing.

Saturday morning, it was up to 12 inches on the ground,still snowing and still no power. We prepared to repeat the previous day's chores when, poof!, we had power. 24 hours had passed, and we were okay. I chose to decorate a bit, then head down to the studio.


Posted by WAZOO! Quilting at 9:50 PM No comments:

WAZOO! Quilting
Blairsville, Georgia, United States
My business is all about quilts! I make them, quilt them for customers, and teach quilting. I just love quilts!

Look at these links!

Member of the Squirrel Club 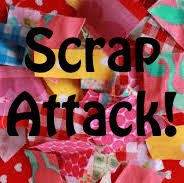